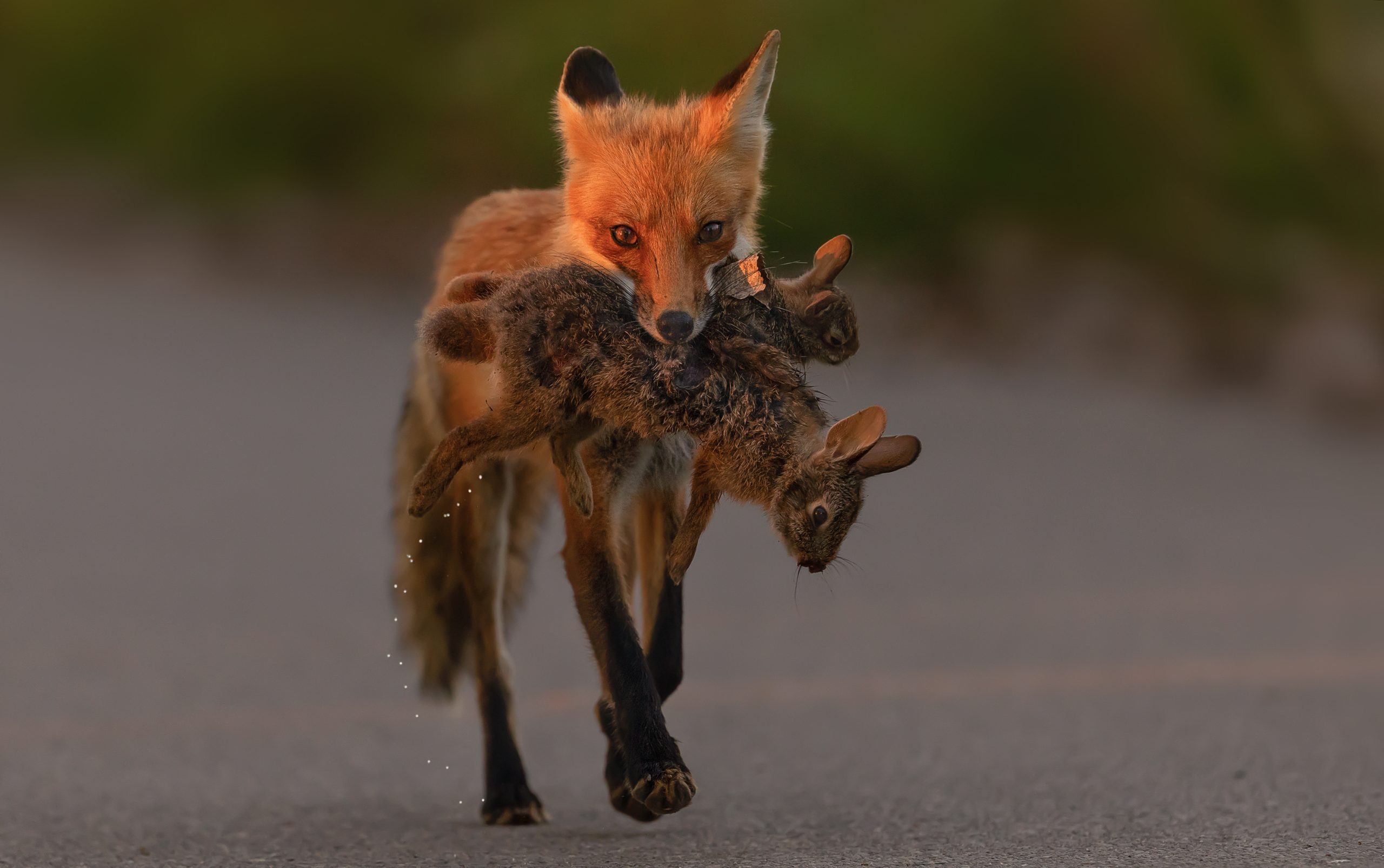 Hunting Back After Sunset by Picart (Dennis) Liu (Canada)

June 3rd, 2021. Toronto, Canada
“Home of five foxes is located on the outskirts of the city, near the coyote den. Mother fox was killed by a coyote in order to protect the little foxes who were out to play, and father fox had to shoulder the heavy responsibility of raising five little foxes. Because the five little foxes need a lot of food every day in the fast-growing process, the father fox had to hunt for more food . The photo was shot when the setting sun was close to the horizon, and the faint golden light shot through the gaps in the woods showing the face of Father Fox. The photo seems to be oversaturated, but it was really golden, and the post-processing did not increase the saturation.”

What a Family by Andrew Mei (USA) 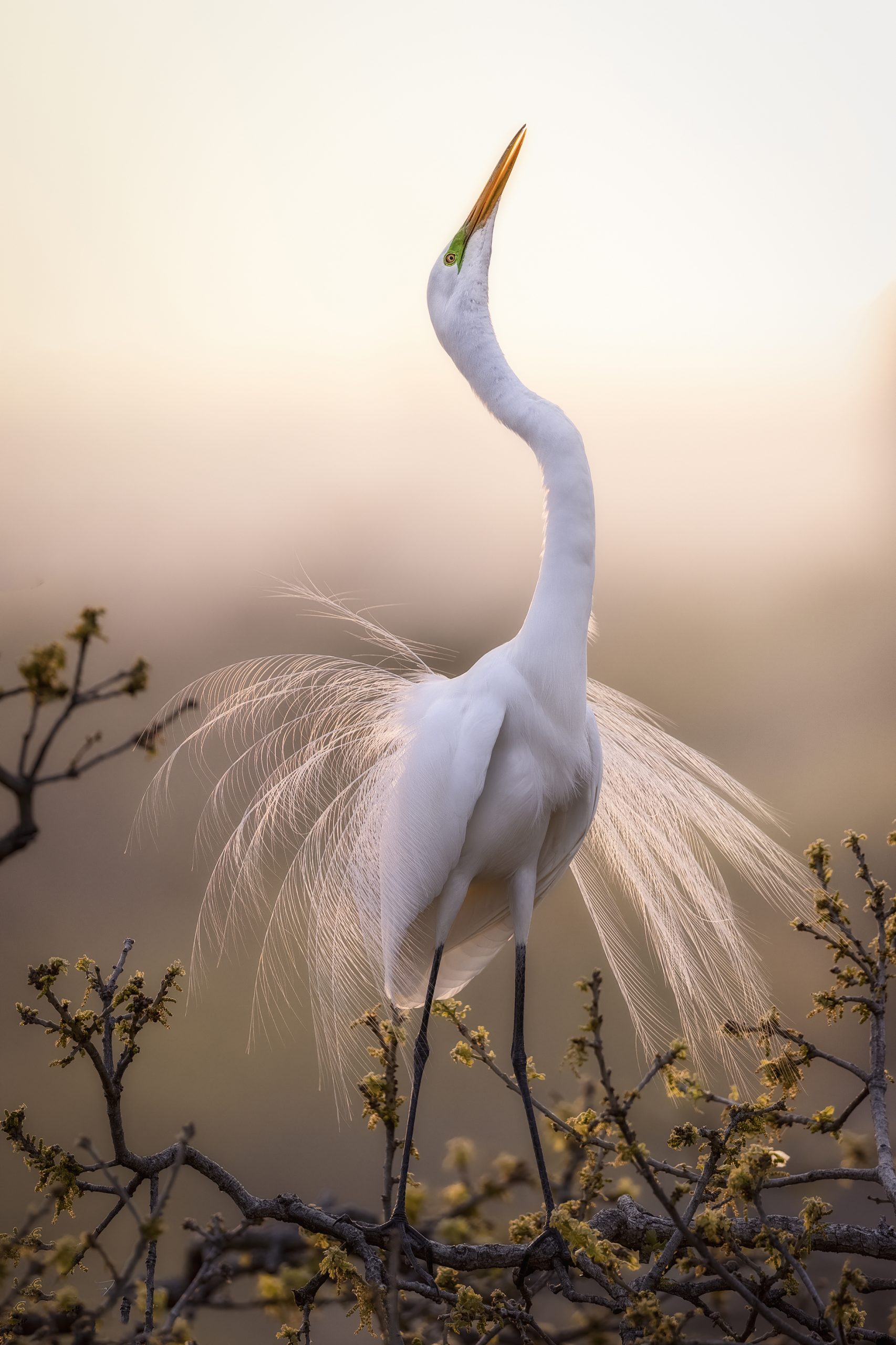 “A Great Egret dancing in a mating season.”

“It was mid noon & I was very tired after shooting from the morning. I sat under a big tree for taking rest. In front of mine there was a nest of owl & I saw three owls there. After waiting for some minutes, I saw that one owl came outside from it’s house & sat on a branch. After 10-15 seconds, another owl came outside also & sat just behind that owl. He started to take a look towards me & I took this shot that time.”

Take off by Zhang Zao (USA)

“The Snow Owl flies to Long Island beach in New York for a winter stop from December to February of the following year. In order to not disturb the animals , the photographer must keep a certain distance. After patient waiting at a distance,the Snow Owl finally took off! Using a 100-400mm Canon lens, the moment she took off was captured!”

“A little lion climbed up the tree playfully by herself, and the lioness rushed to the tree to protect her desperately. The little lion had an expression of acknowledgment. This work shows us the love of animals.”