The Tibetan Boys Praying for Blessings by Zhou Jingbiao

The Tibetan New Year in 2019 was during the first month of the Lunar New Year. Local Tibetan compatriots hold various celebrations, such as Drying Buddha, Simmering Mulberry for welcoming the new year. This photo captured the scene of the full dress up Tibetan boys, who were standing on the simmering stage to pray for good luck. (Ngawa Tibetan and Qiang Autonomous Prefecture, Sichuan Province, China, Feb. 2019) 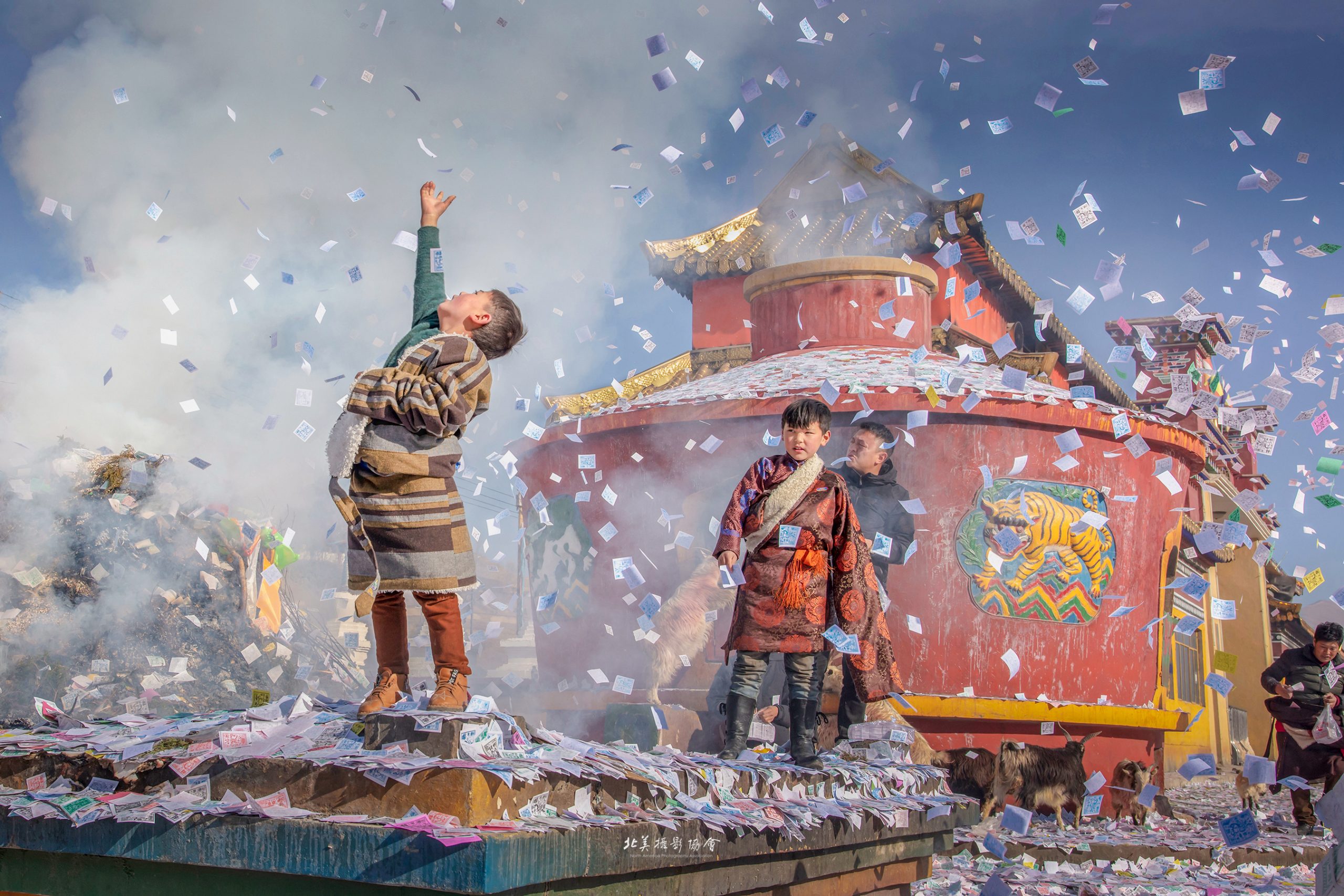 The Hero in The Fire by Huang Ruide

The magnificent Lantern Festival and Folk Activities, in the Chaoshan area of Guangdong Province, are kind of famous in China. “Jumping Above the Fire” is always the last performance among the festival. The villagers express their desire to be not afraid of difficulties and pursue happiness by crossing the fire. (Dianzhan village, Puning, Guangdong Province, March 3, 2018.) 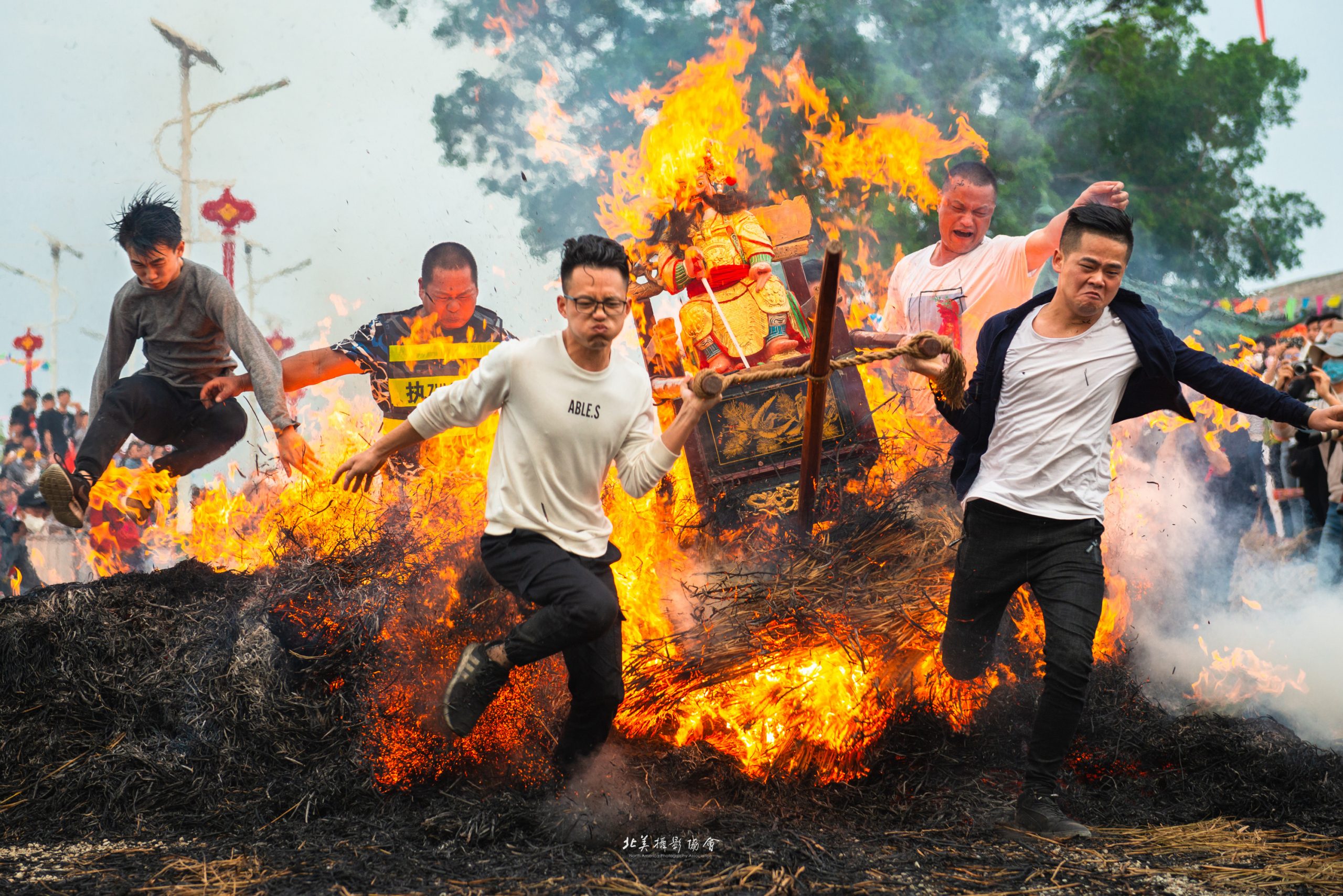 In Nov. 2020, the students of Sichuan Opera Art School were rehearsing in the school’s small theater. 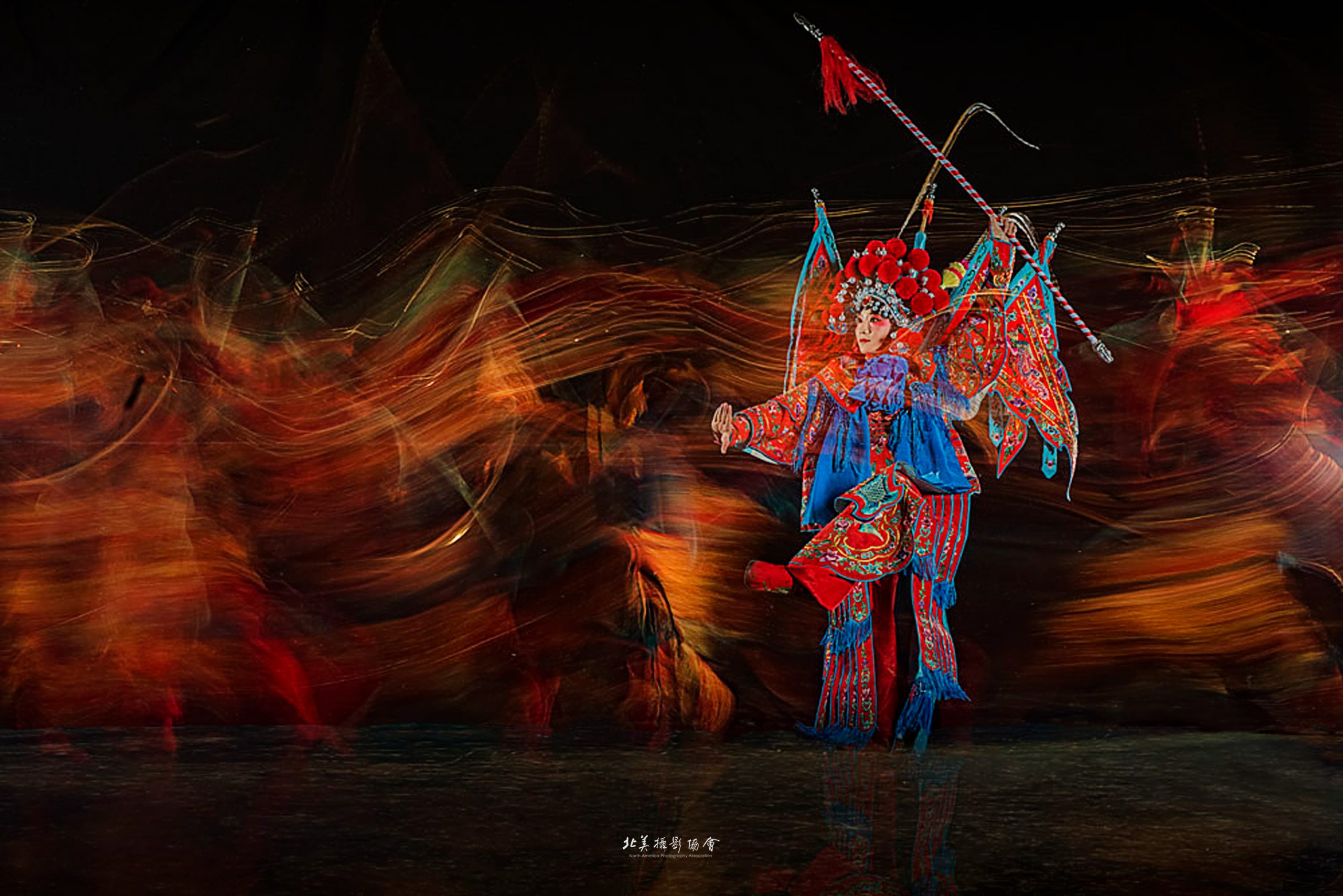 The Stories In Stories by Zhang Yu

This was the combination of Chinese style architecture and Jiangnan traditional opera culture. 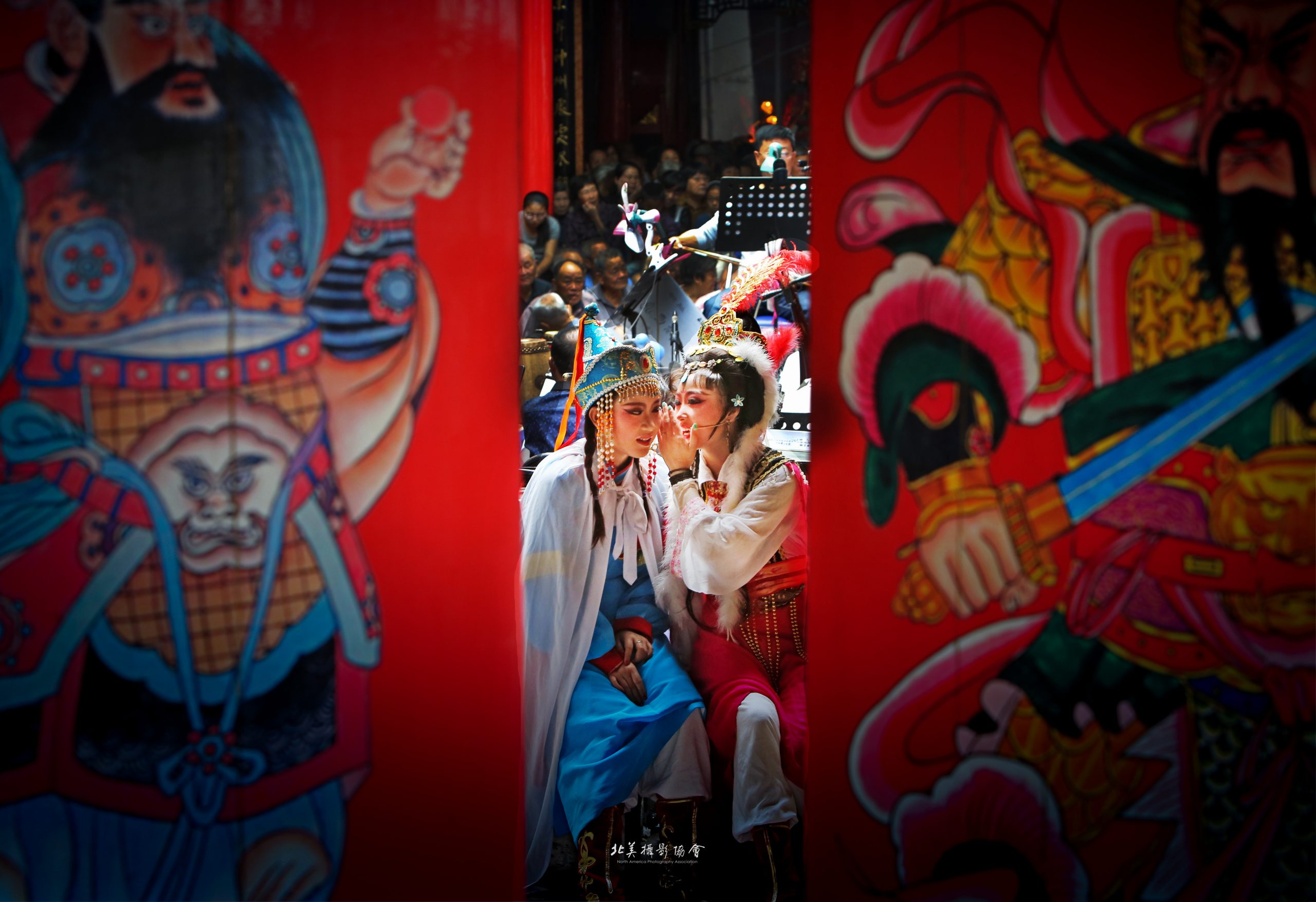 The Crusie of The Mazu by Li Jianping

On Mazu’s birthday (March 23 of the lunar calendar), Mazu’s Birthday Celebrations are held every year. Activities include Tulou Dragon Dance, Mazu Cruise, Mazu Crossing The Sea, Incense and Blessing and other folk activities to pray for good weather, national peace and security. Among them, the Mazu Crossing The Sea ceremony is the most wonderful: the scenery is spectacular and the atmosphere is warm. Mazu’s Sea Crossing ceremony originates from the legend that Mazu stepped on the waves to save all living beings.

More than a dozen young people rushed into the river at the head of the village carrying Mazu sedan chairs. In the middle of the river, more than 20 villagers dressed up as shrimp soldiers, crab generals and water monsters blocked the road and splashed water. The young people carried Mazu under the protection of the golden dragon, and marched forward regardless of difficulties and dangers. It is a legendary story of Mazu’s bravery to save the world. Mazu Sea Patrol, May 2018 was photographed in Meilin Town, Nanjing County, Fujian Province, Meilin Town, Nanjing County, Zhangzhou, Fujian Province to celebrate the Mazu Birthday Commemoration Cultural Festival. People were carrying Mazu sedans in the wind and rain to perform the Mazu Sea Patrol. The scene was spectacular and touching. 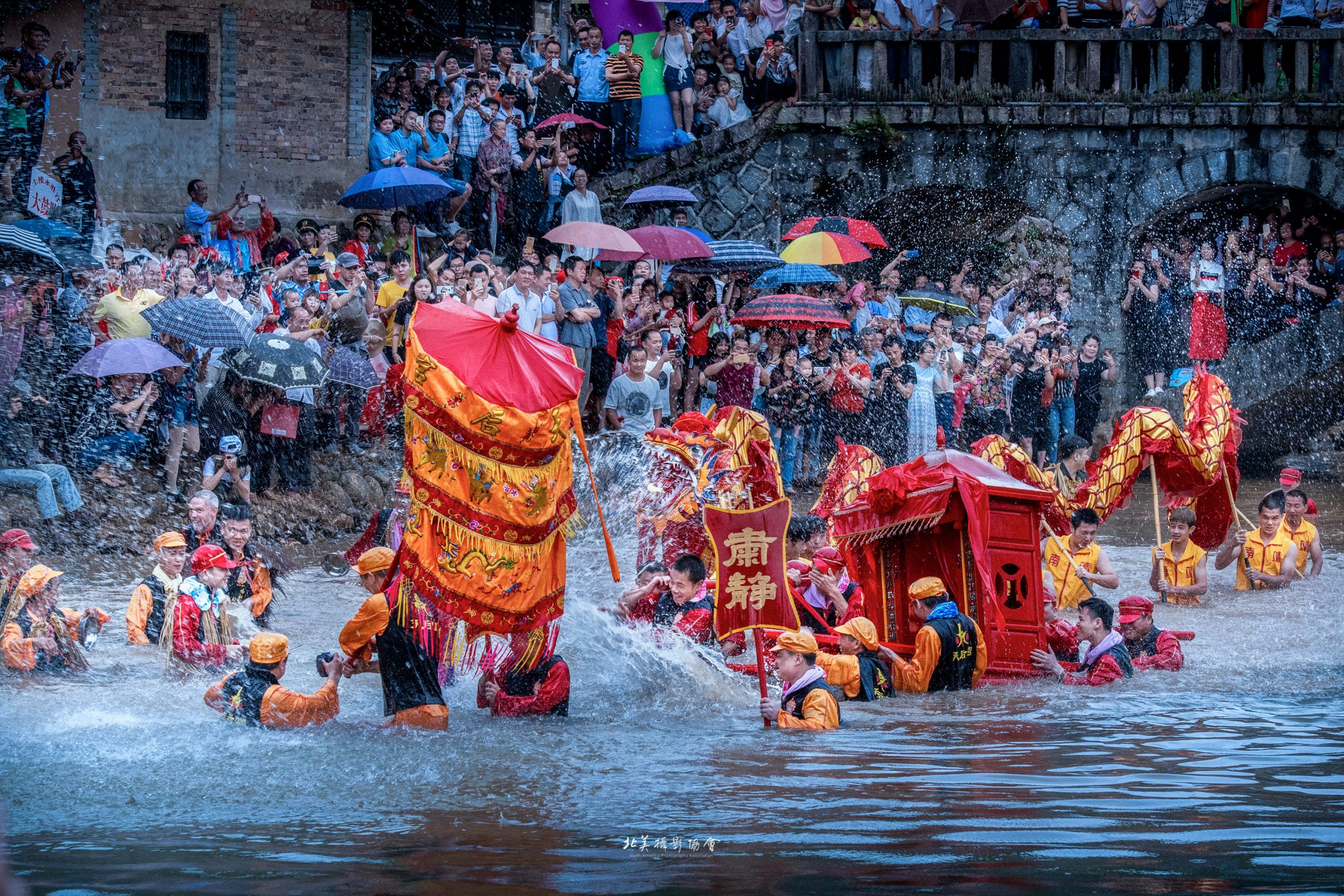 The coming of the festival Lion dances in ancestral halls to celebrate. 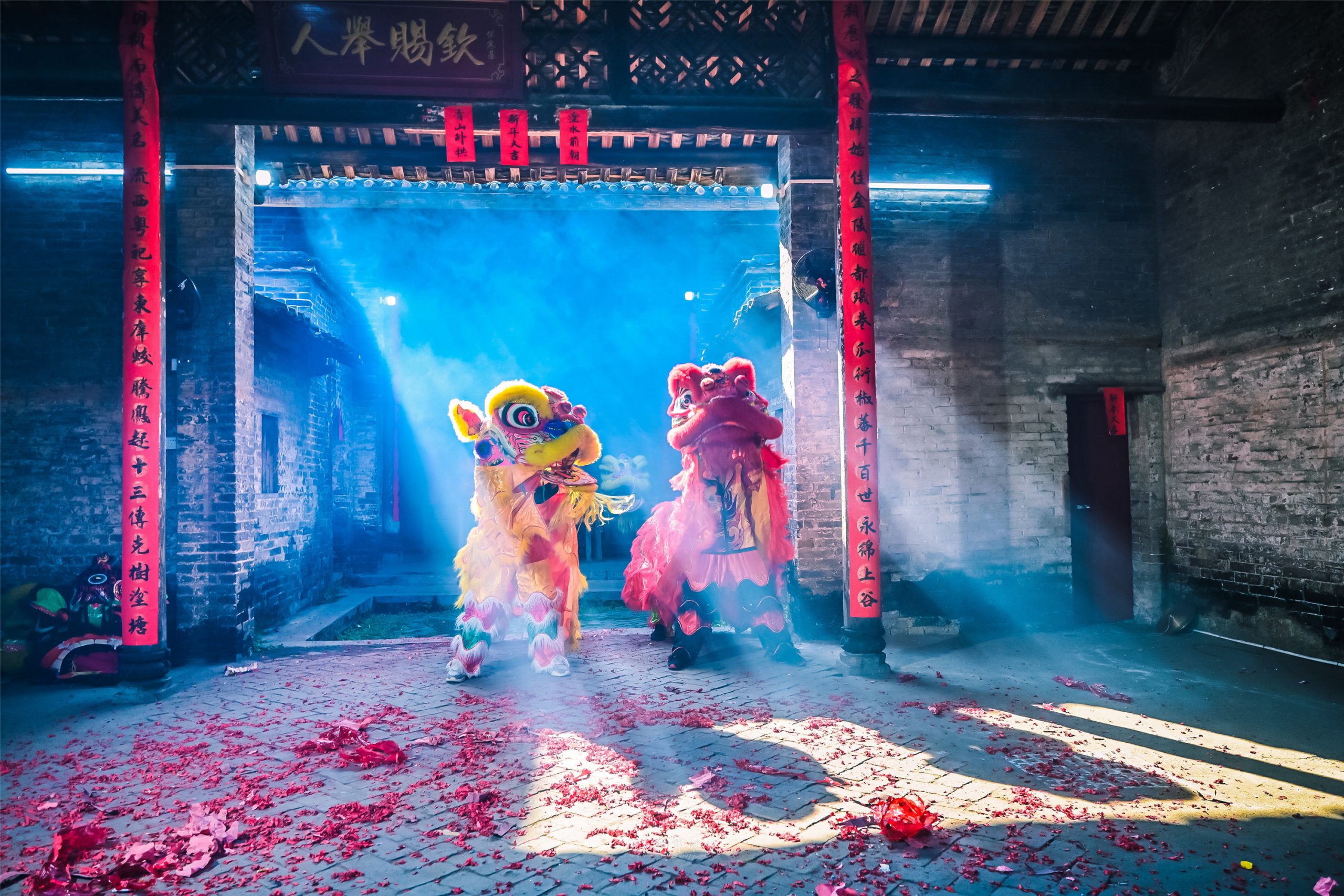 The Breaking of Rock Frightens the Heaven by Huang Zhiming

Take a snapshot of the fire dragon mountain falling apart and the earth shaking. It seems that there was a moment of flying into the sky. The Lantern Festival is a unique event in China, with fire trees and silver flowers all night. It can be said that folk customs have been inherited for 300 years, and the culture is rich and handed down from generation to generation. The new style of Puzhai is flourishing day by day, and the art is fresh every year. The fiery dragon soared into the sky at night, with thousands of people in empty lanes and mountains and seas. The sound vibrates Chang’e to sleep in her dream, cheers and makes Lantern Festival. 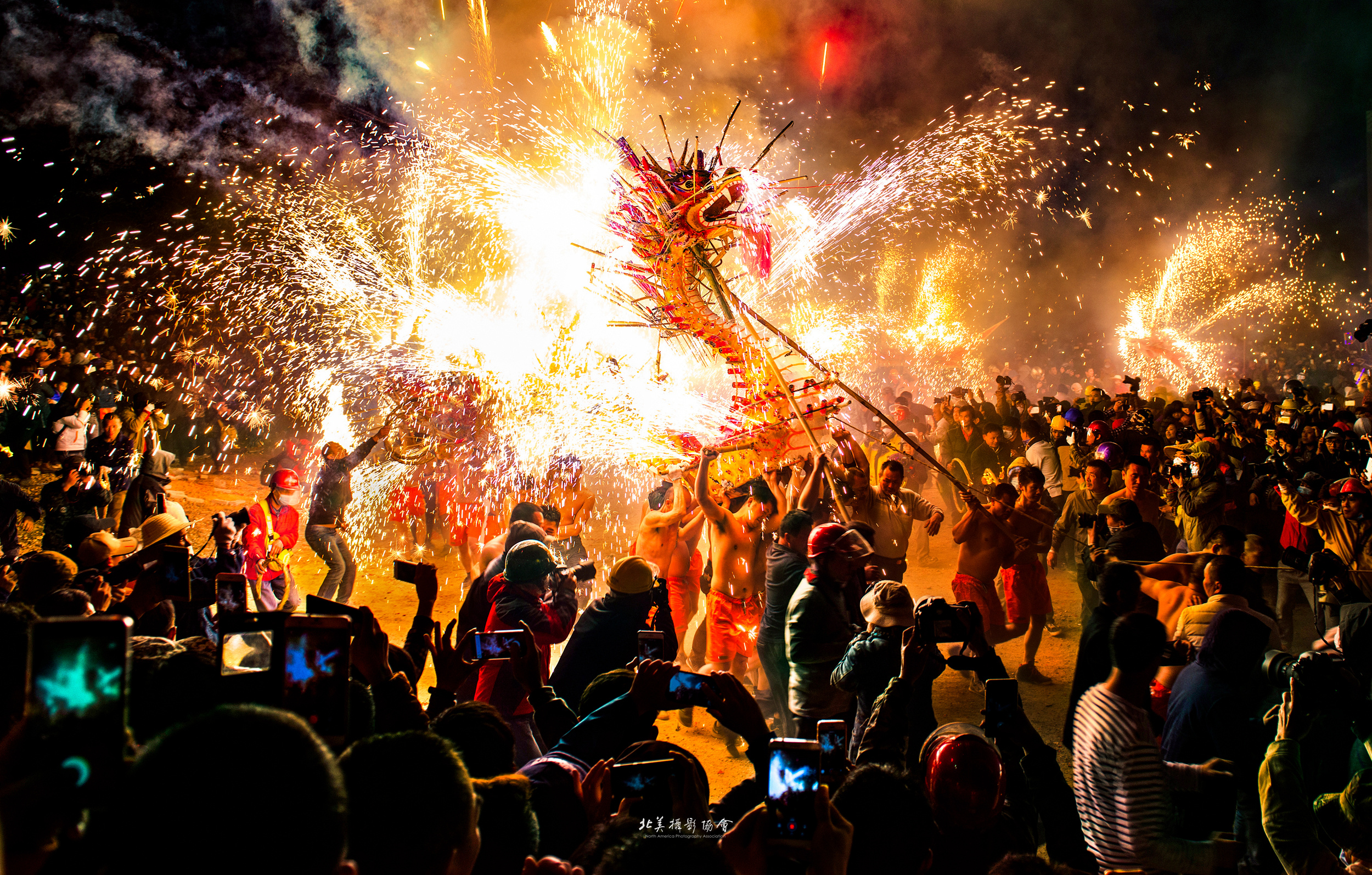 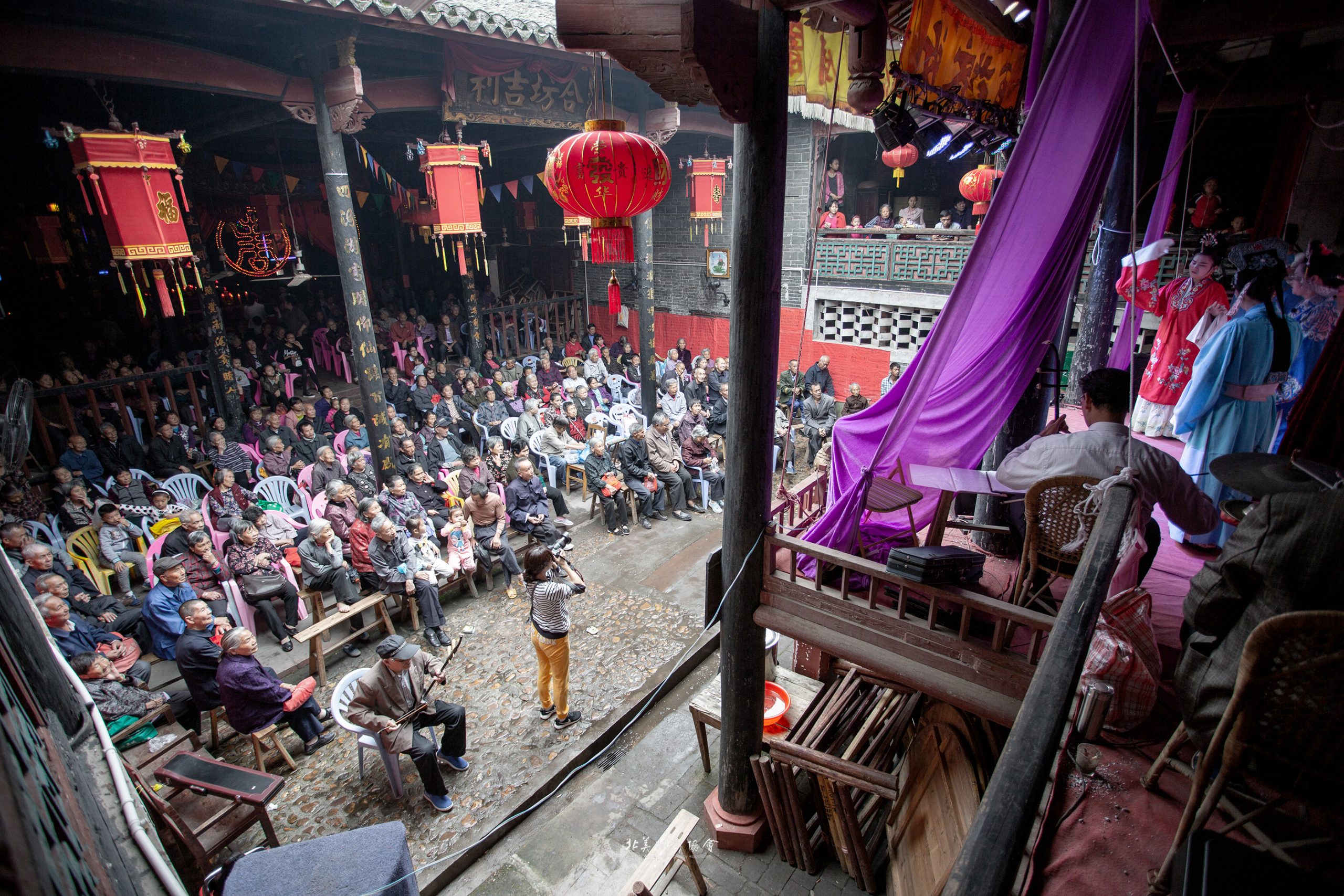 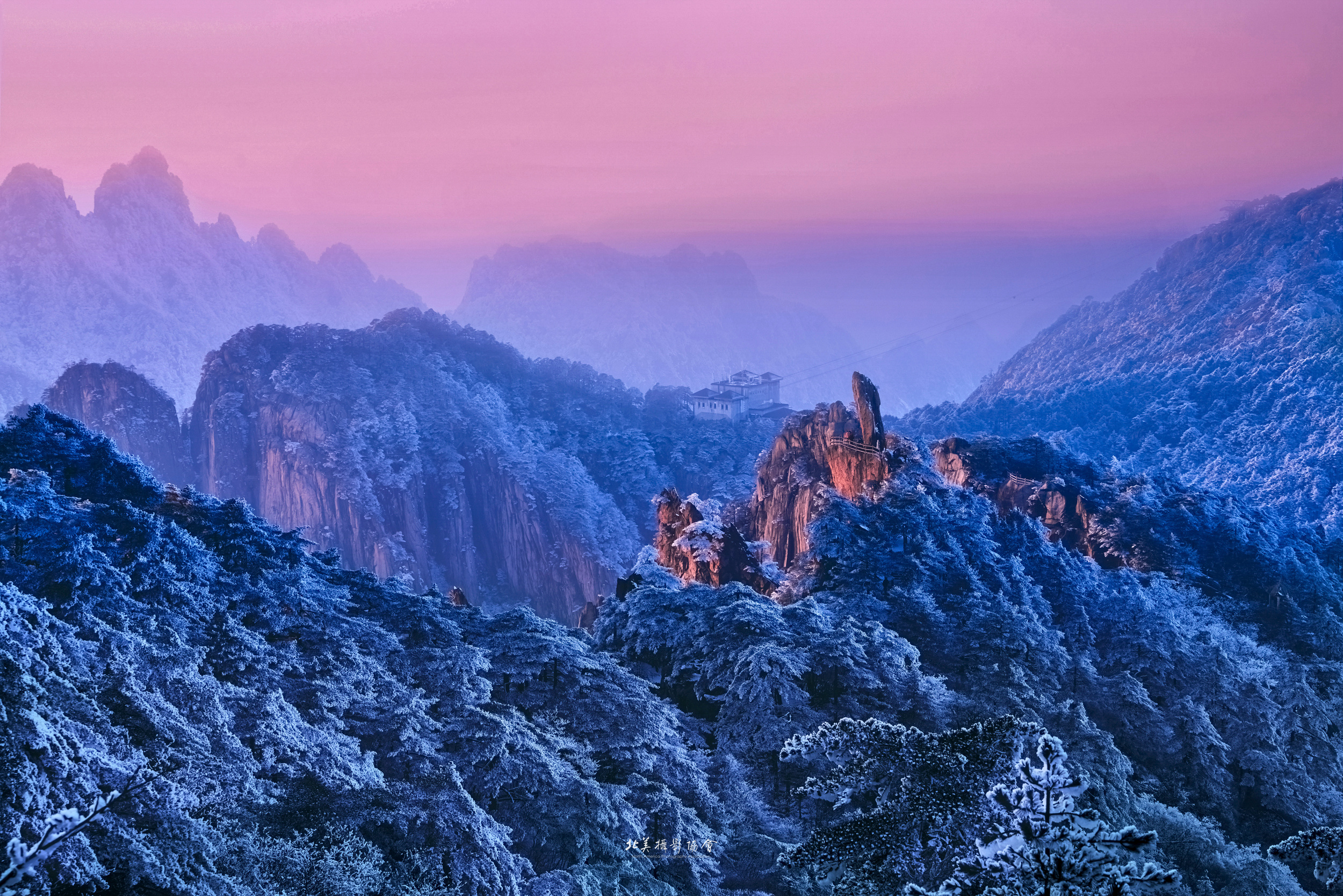 The Dusk in Chongqiong by Zhu Jun 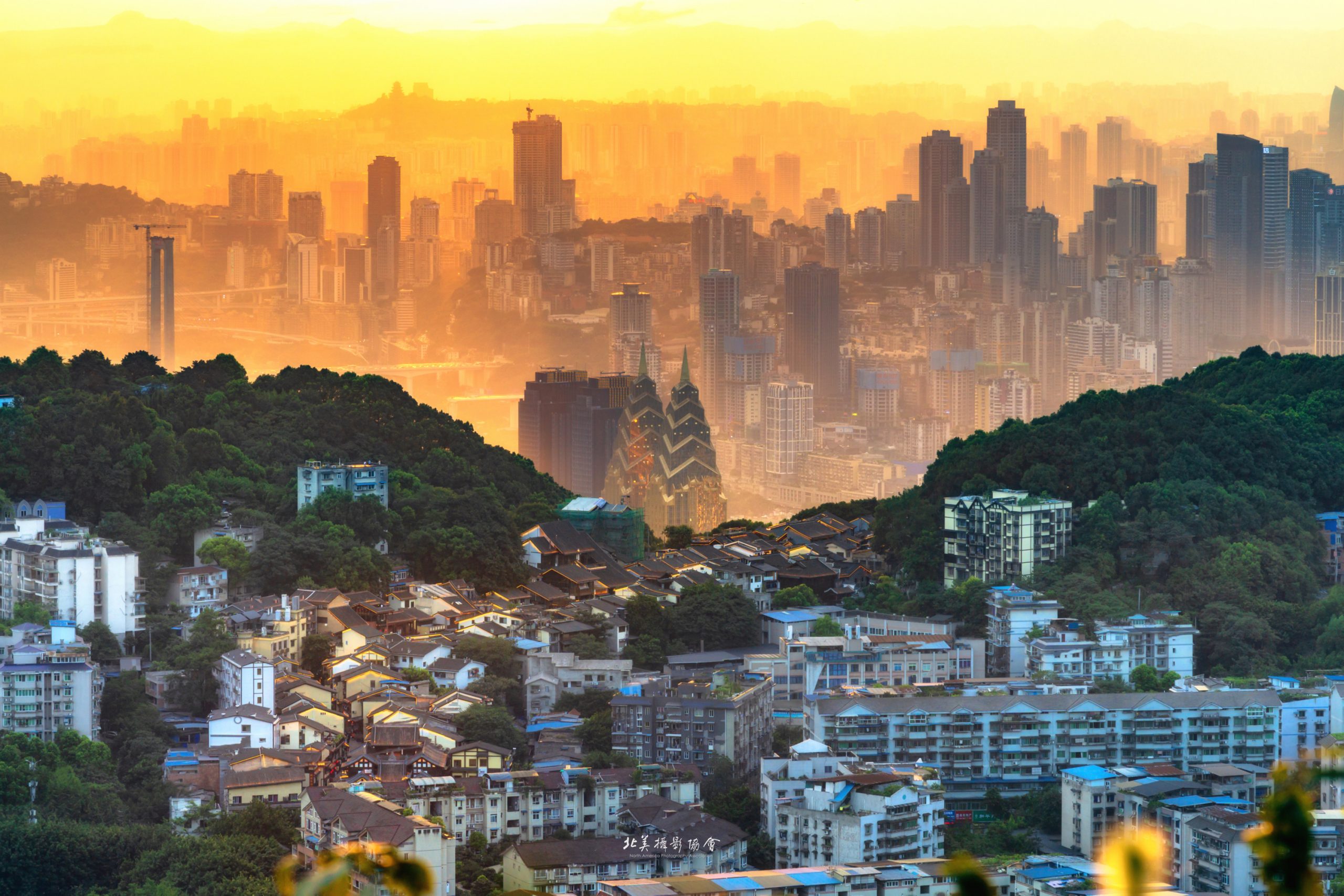 Winding And Circling by Zhang Jing

In the morning of Ulan Butong, the advection fog slowly rose, and a large number of photography lovers spared no effort to shoot the sunrise. The special perspective of UAV photographed the colorful autumn of the beautiful grassland. 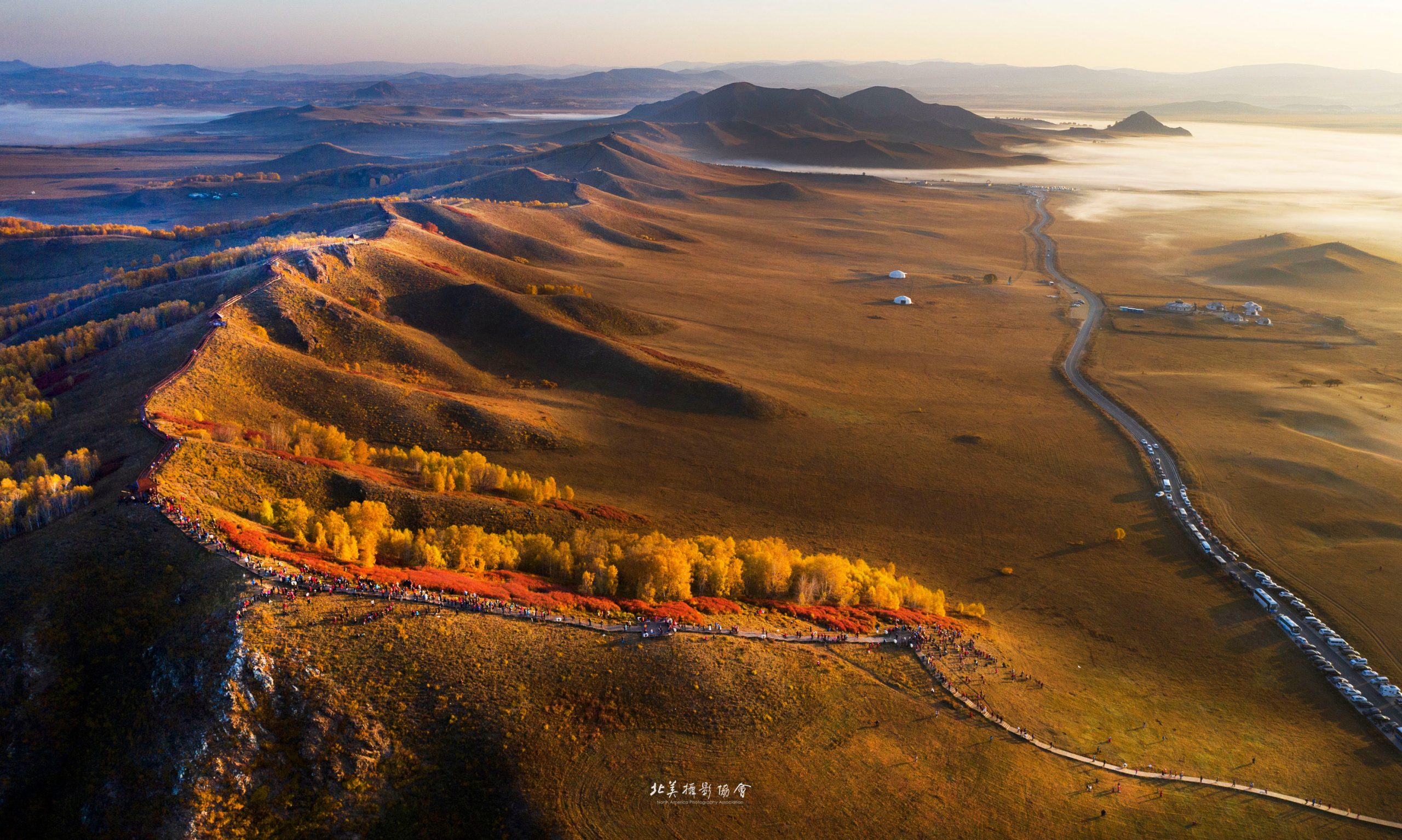 The Beauty of Jiangnan by Wu Zhujuan

The snow on the ancient canal has become a painting, adding infinite charm to the rare snow in the south of the Yangtze River. (Qingming Bridge, Wuxi, Jiangsu Province). 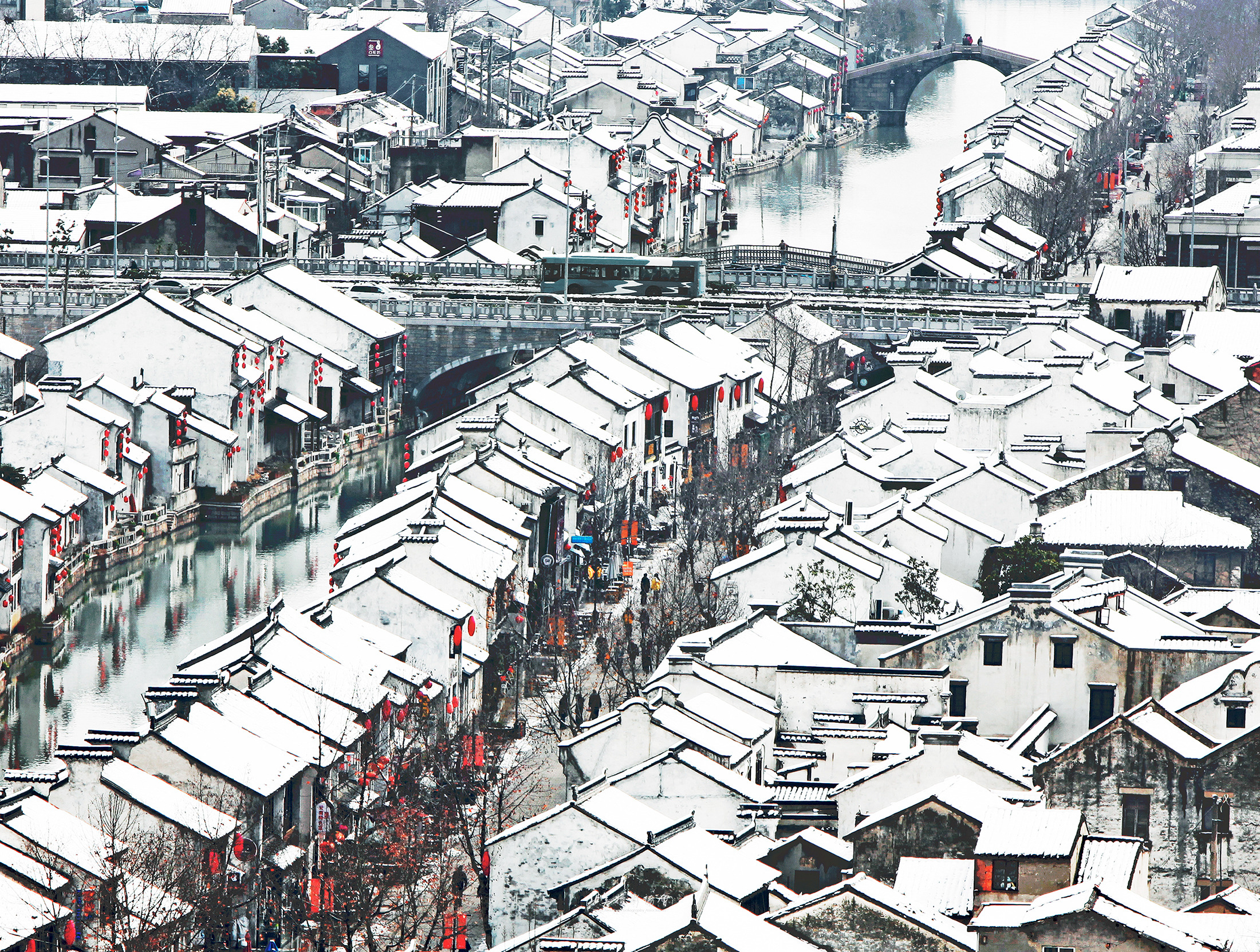 This was the Lengaco (Elevation 4550) at the foot of Gongga snow mountain in Kangding, Sichuan, China. The background was Gongga snow mountain (Elevation 7556 ). The work shows that the Tibetan people on the plateau were not afraid of hardship and cold, struggle on the plateau, keep the plateau clean, pay attention to the ecological environment of the plateau, and use horses as tools to serve the people traveling. They came from snow capped mountains, served snow capped mountains and left a pure plateau land for mankind. (Oct. 26, 2021) 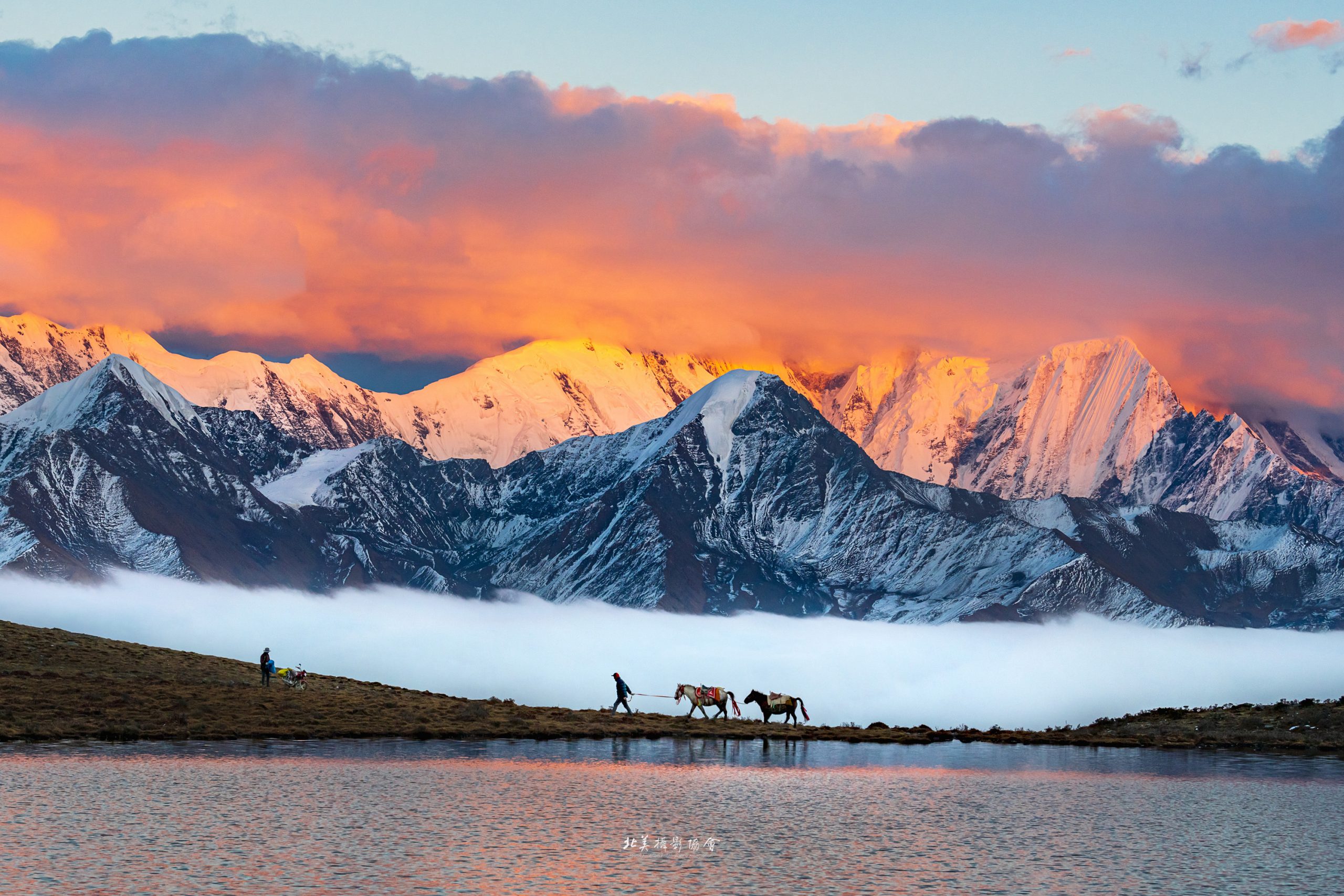 Bring Moon Above The Remnant City by Liu Bingyi

The Great Wall, wind and sun, spring, summer, autumn and winter cycles have been incomplete, and it still welcomes the full moon at the beginning of each month. 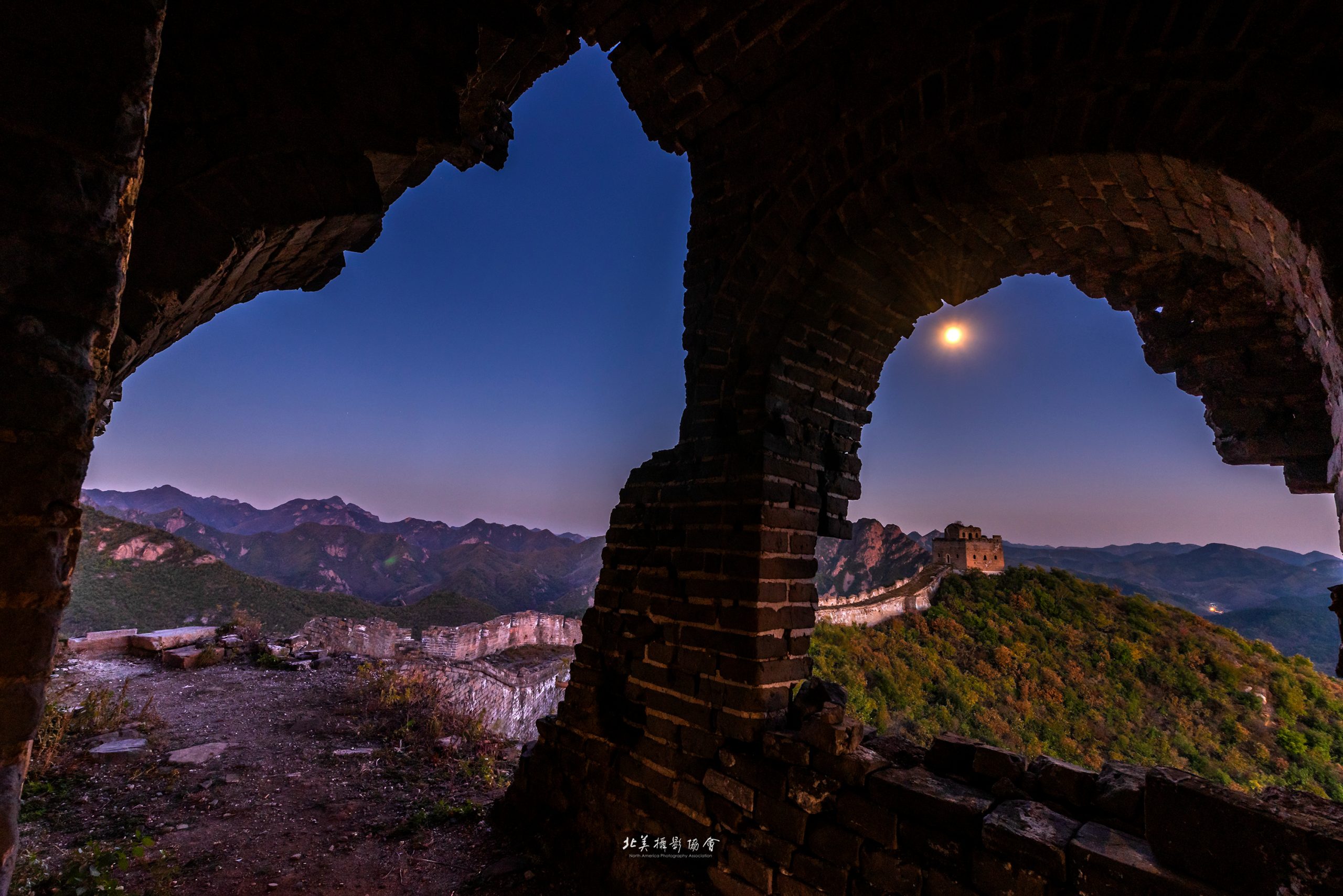 Light Of Faith by Leng Zhengchao

In this vast and desolate land, the sun shines into the Wuming Buddhist College with devout faith, just like Tibetan Buddhism uses its faith to station hope in people’s hearts and ignite the fire of hope. 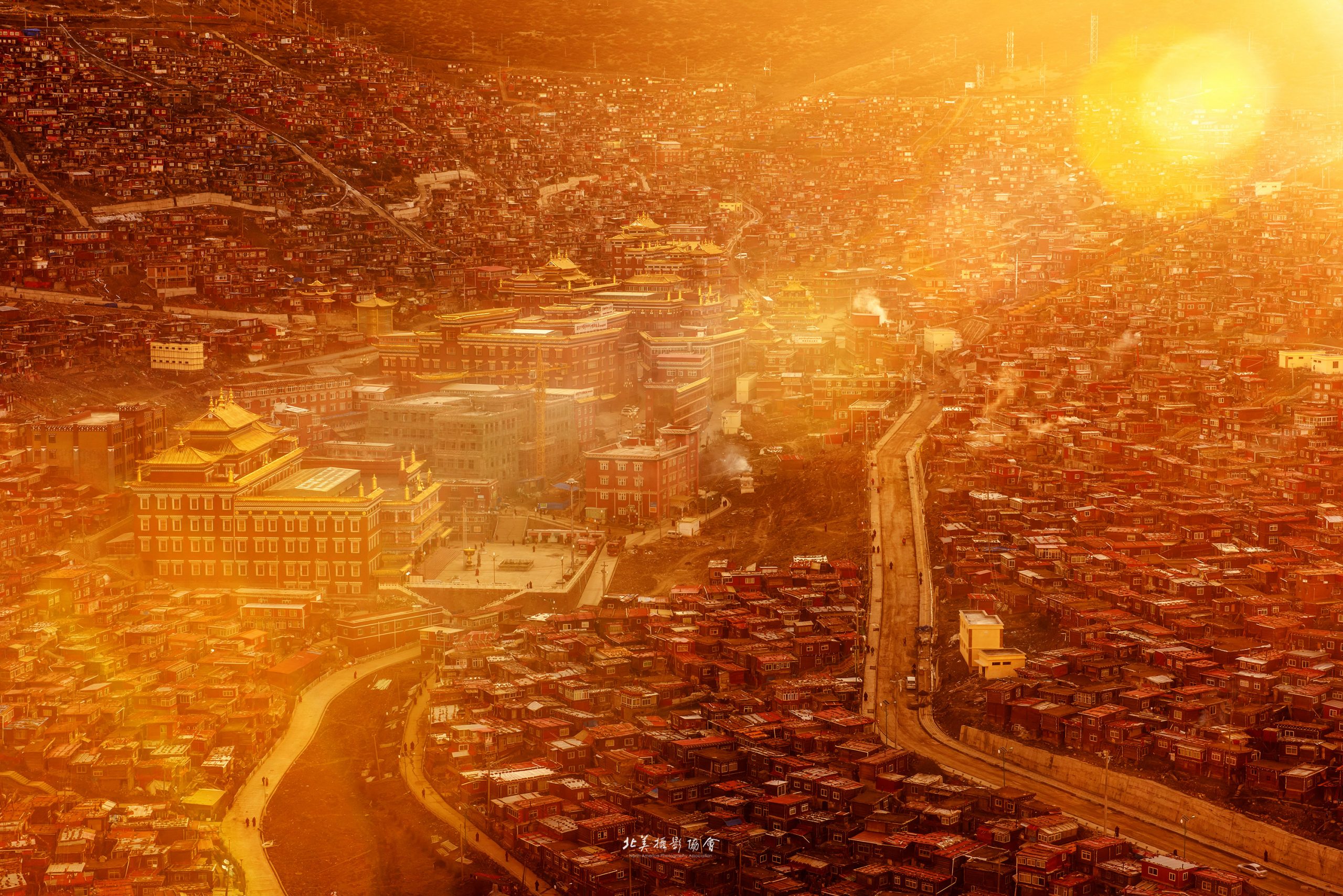 Using the secondary exposure and panning, the photo was created at one time to express a dynamic atmosphere. 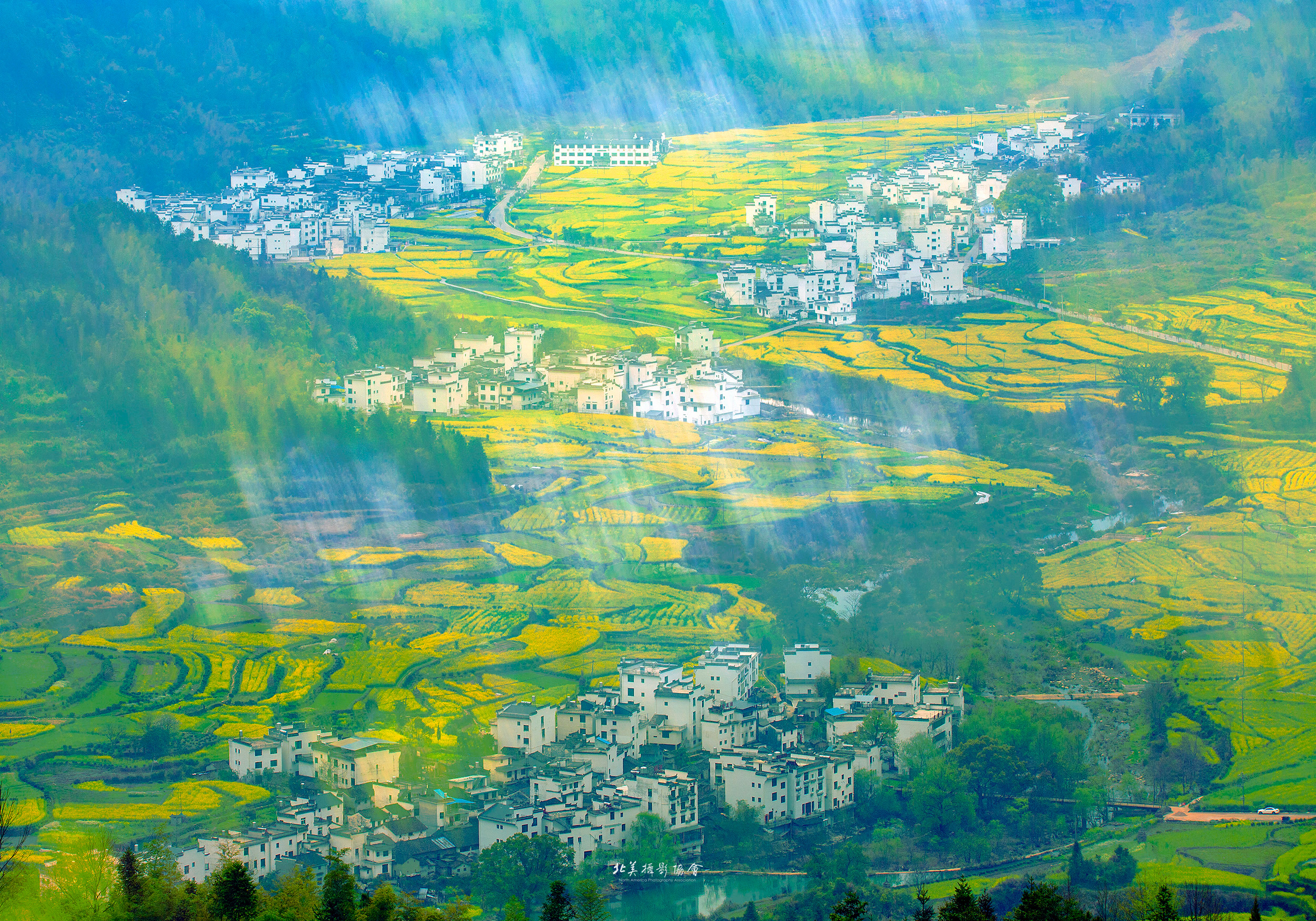 This was the annual Hong Kong Dragon Boat Festival in Kissena Park in New York City. 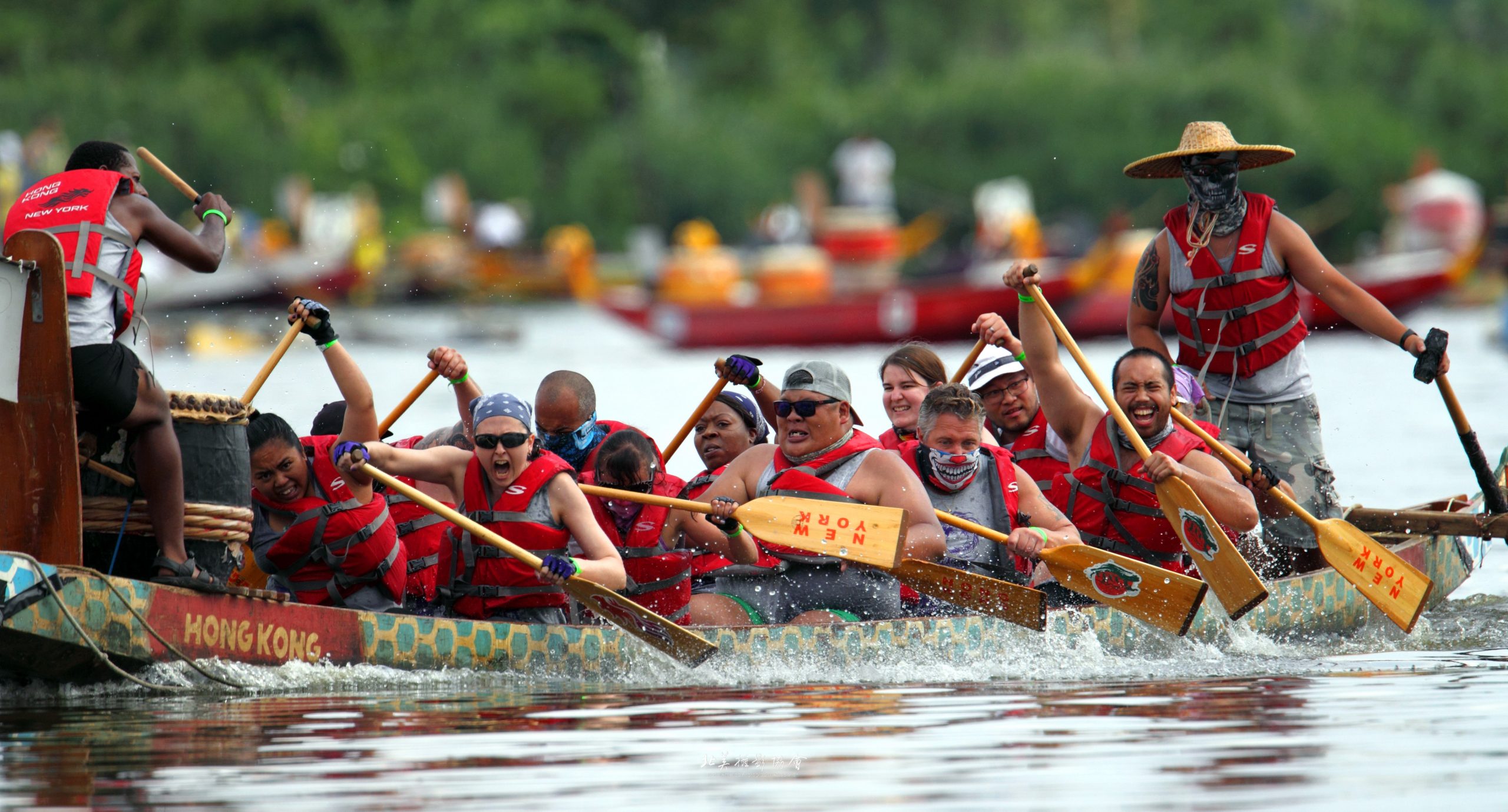 Dancing in Tune by Salil Bera

Chinese provincial dancers perform on the stage in Kolkata in India as part of Chinese New Year’s Eve celebration organized by the Chinese Embassy in Kolkata on 12th February 2018. 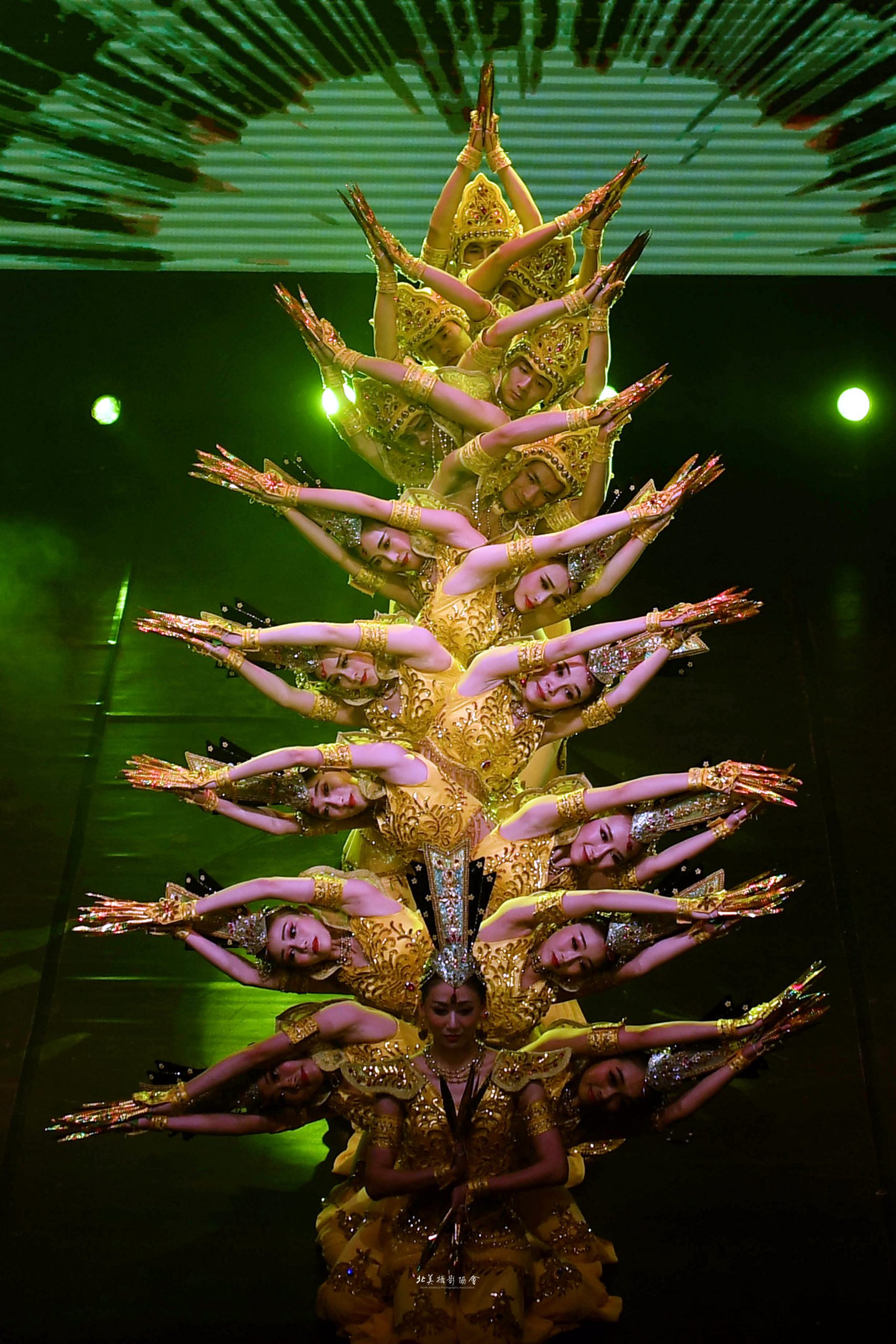 People performanced the Lion Dance and Dragon Dance to warmly celebrate the Lunar New Year in San Francisco in January 2020. 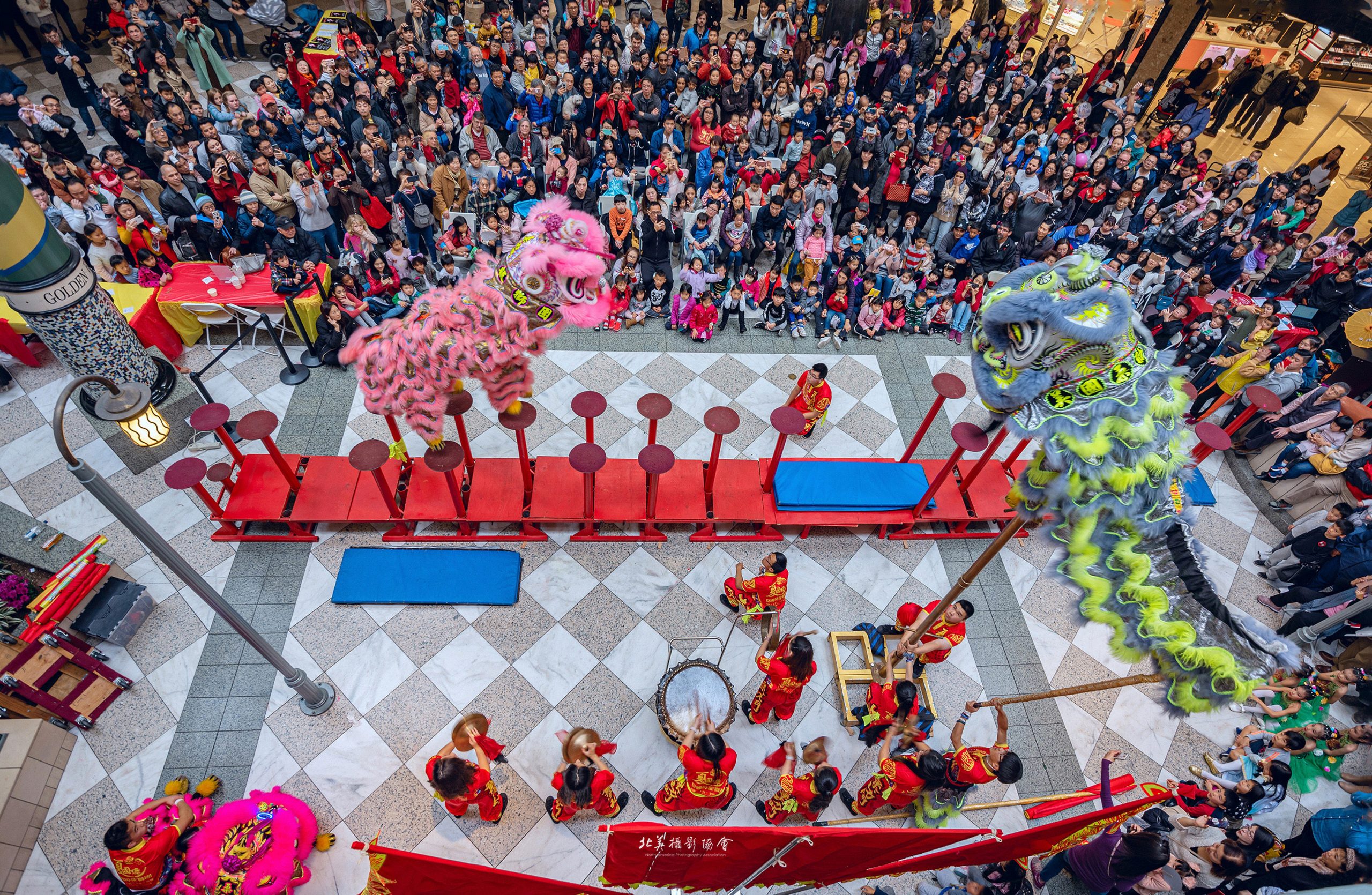 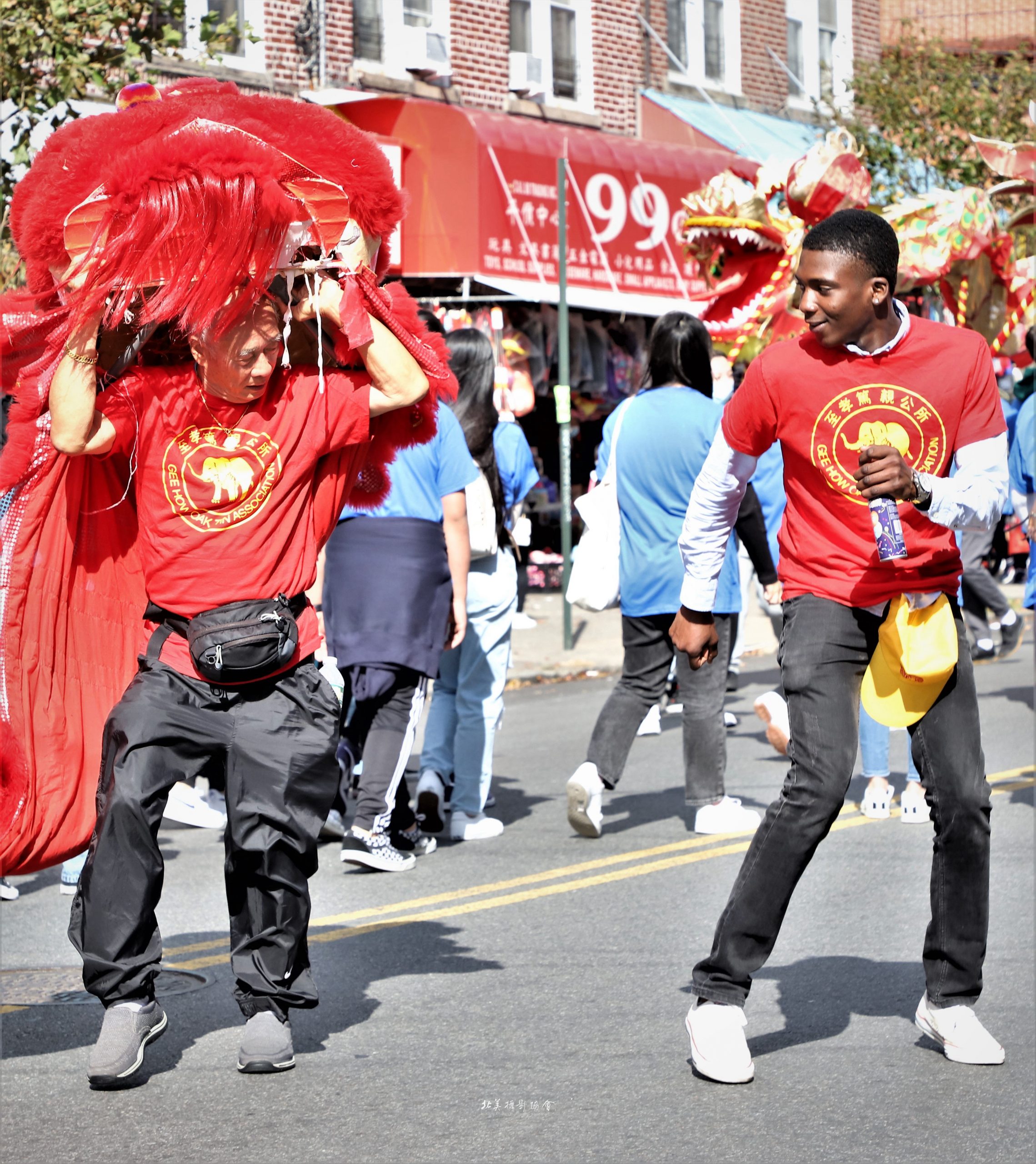 A moment of Dragon Dance photographed at the traditional festival of Chinese in Melbourne, Australia. 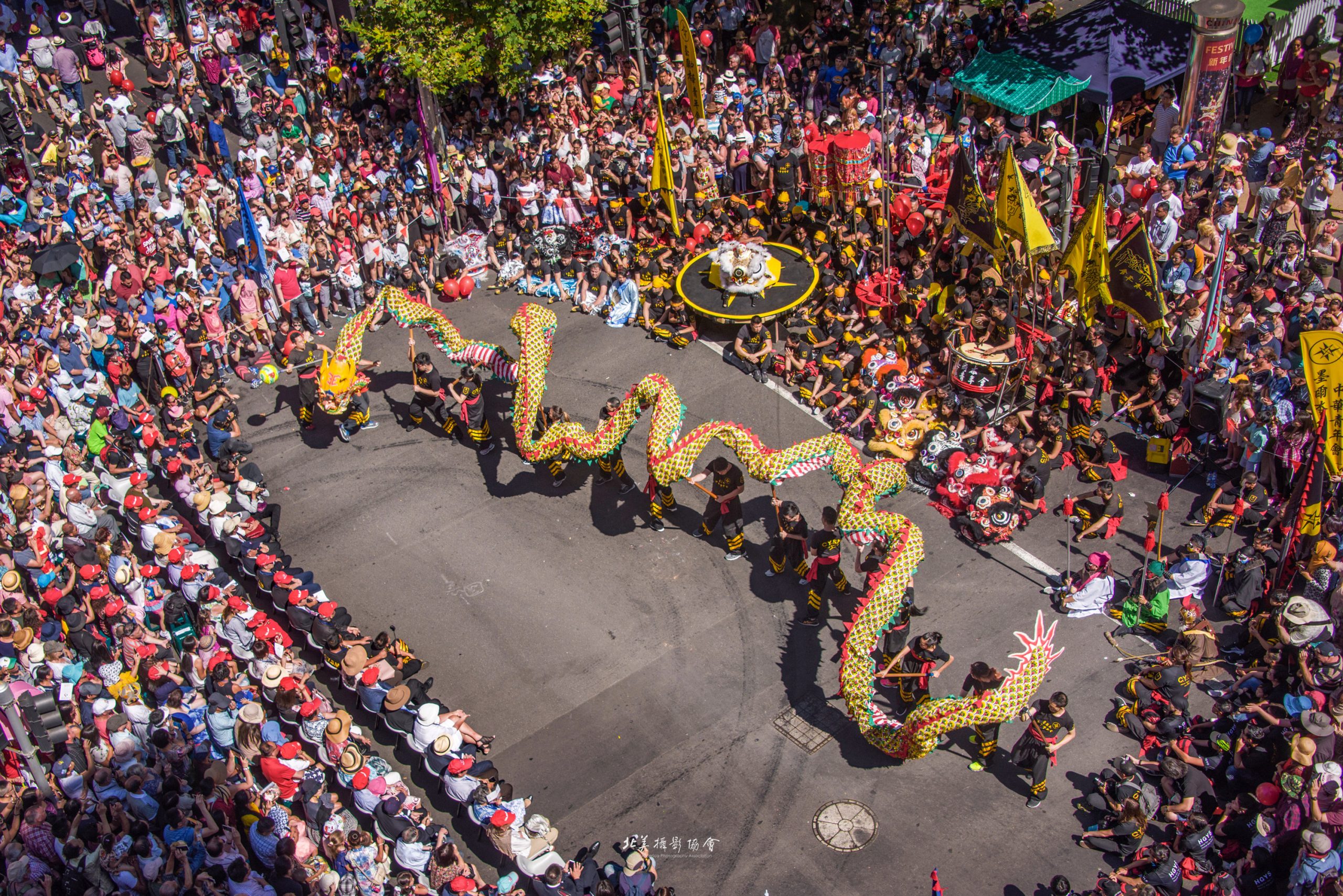 Chinese man is homage in front of their temple. This is the traditionalism and religious of China. (Dao Kyee Tan Five Precepts Buddhist Temple, Mandalay, Myanmar) 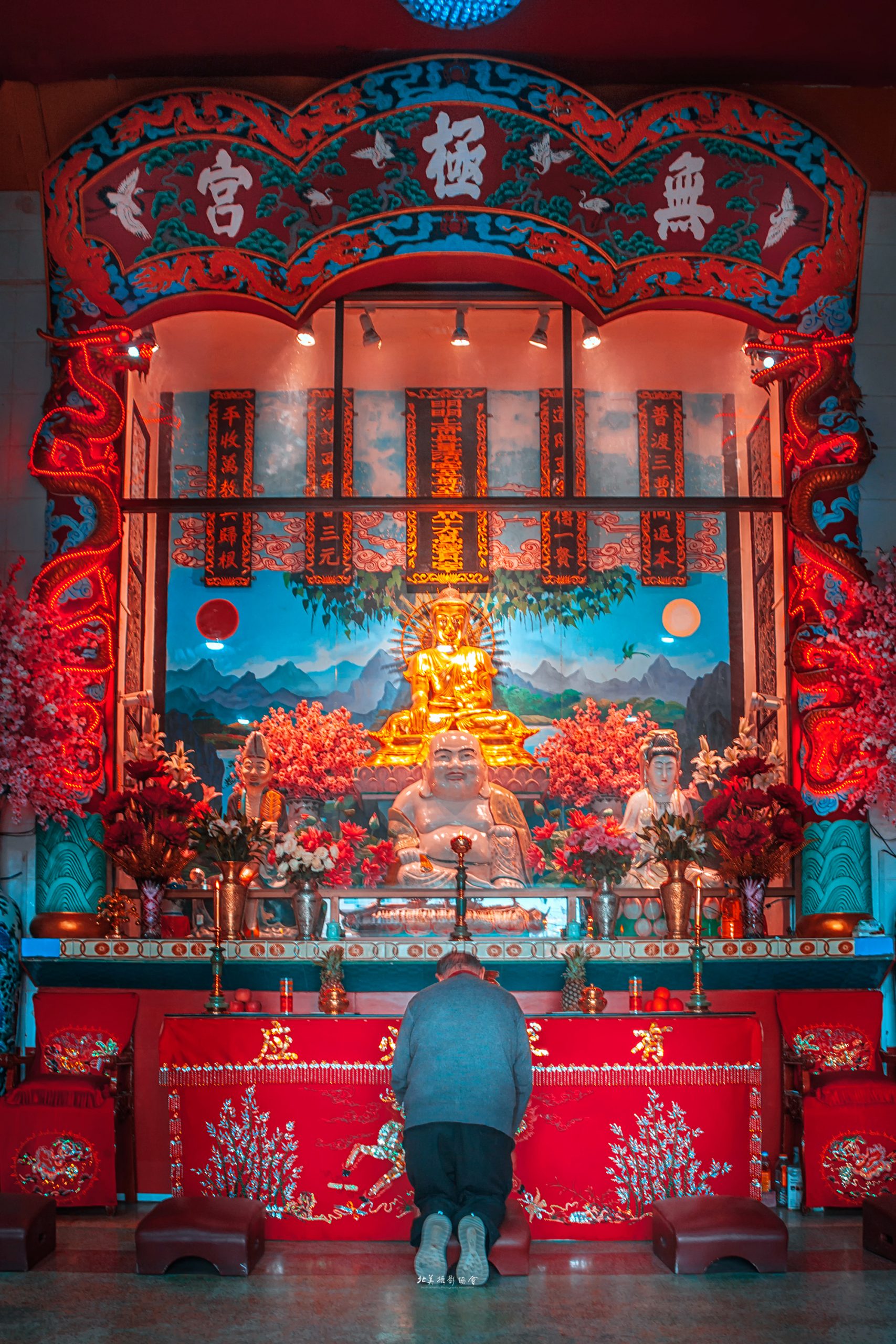 Calligraphy is delivered to people on the occasion of Chinese New Year with the hope of bringing them a new happy and prosperous year. (Hanoi City, Vietnam) 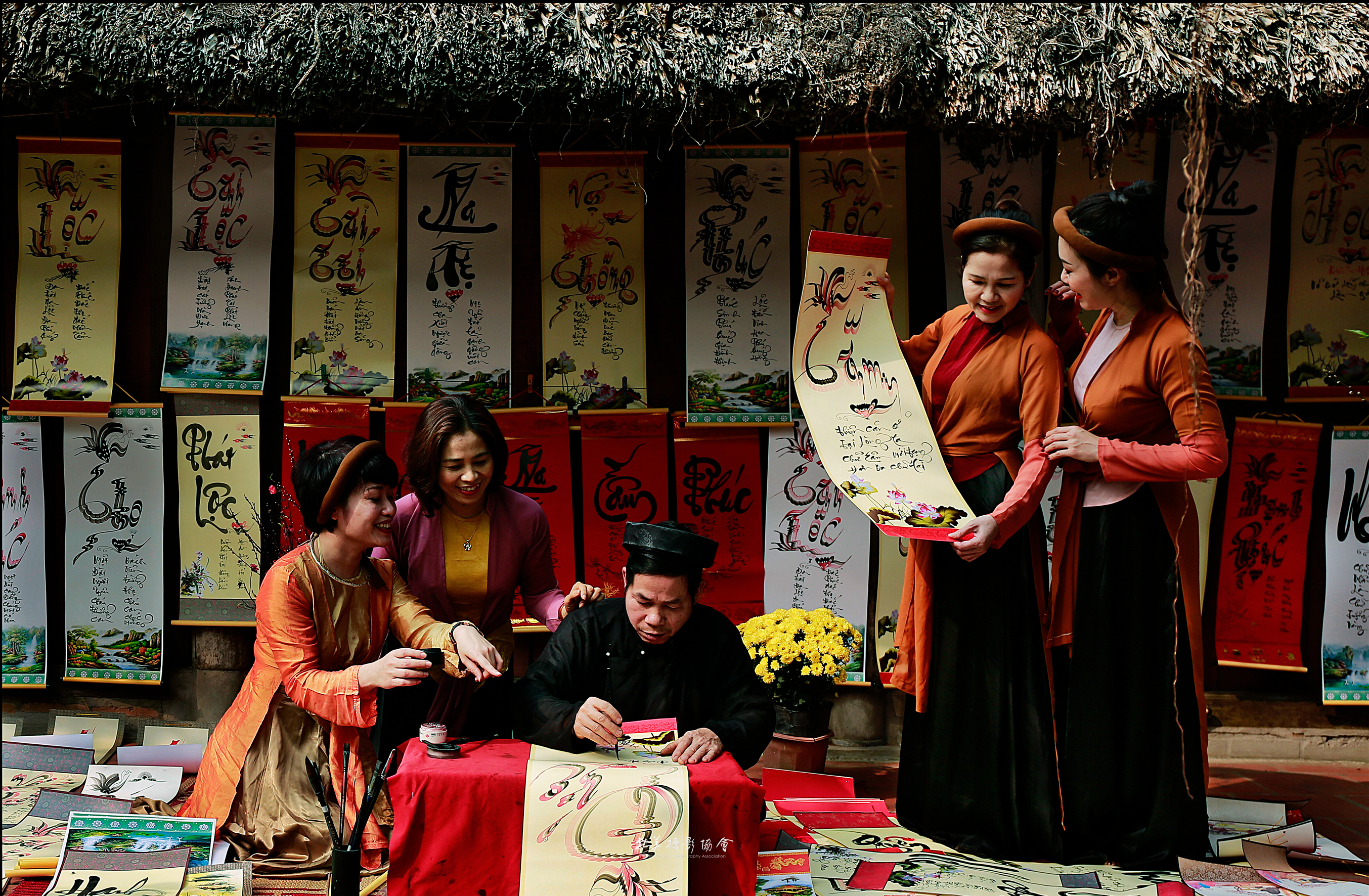 The image depicts the celebration of Chinese New-year in 2020 in that locality where several families of Chinese origin reside for several decades. During any new-year day, groups of dragon-dancers flock around several localities spread across different parts of the city & perform their shows as an integral part of Chinese culture. From ancient times, this is considered as the very quintessential cultural-aspect believing that dragon represents wisdom, power and wealth & it scares away evil spirits and all the bad luck associated with them bringing in good luck and wealth instead. Over the centuries, this has made it very popular not only during Chinese New Year but also in other auspicious occasions and festivities. This old woman of her late 60 even being constricted in her 1st floor quarter due to feeble health, could not stay away from the celebration as the spirit of welcoming a new-year was very much impregnated as a root of ethnicity in her flesh & blood from her early-childhood and she had joined the tempo as much she could with the spirit of intangible doctrine of transition of cultural-heritage from one generation to others. 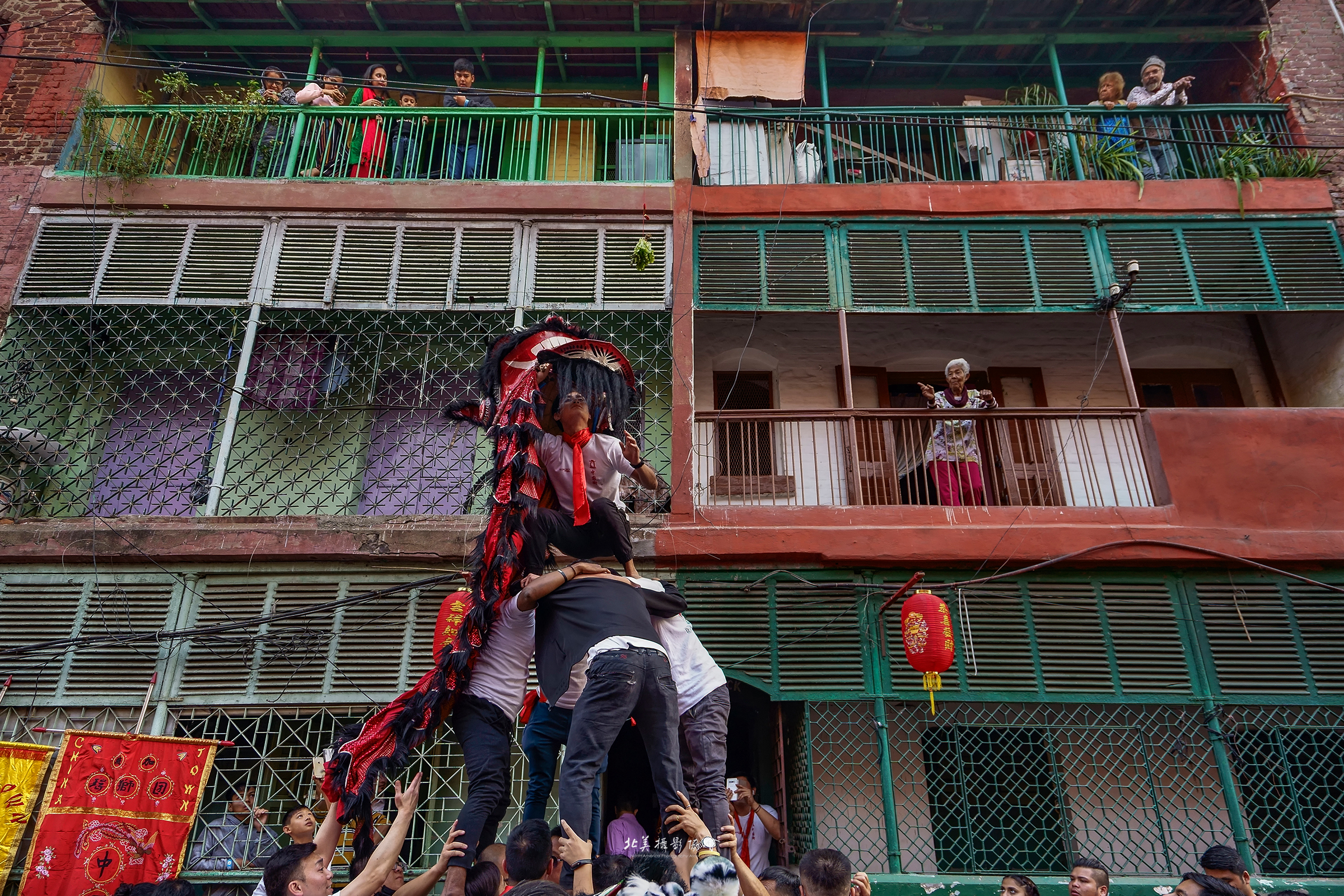